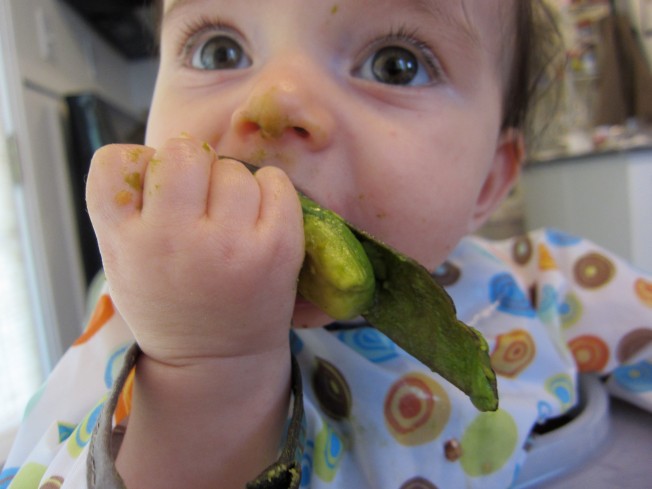 Most of that there slice went right down the hatch. She was into it.

We had some cheese, avocado slice, and blueberries for mid-morning meal. She ate half of the avocado slice. I cut the blueberries in half and kind of squeezed out the insides into her mouth. I wasn’t sure how she would do with the peel, so I wanted to be on the safe side. She winced a little at the blueberry, but she definitely wanted more. I confirmed 2 days later that she swallowed them, I’ll spare you the details.

Her pincer grip isn’t quite developed yet, so these shreds are far from ideal.

The cheese, again, went mostly ignored. She’ll be able to pick it up before long, she’s showing signs of “the pince.” Such concentration showing in that furrowed brow!

I was eating an apple and I let her suck on my piece–she got pretty excited! Maybe there will be a soft pear in her near future.